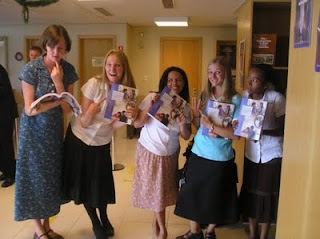 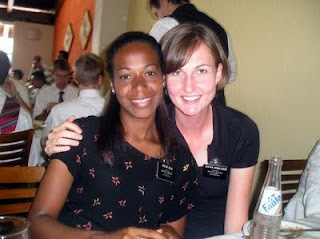 Once upon a time when I was a missionary, the missionaries in my mission were required to have a planning session from 10 o'clock till noon in which we would make personal, companion, and investigator goals. Ugh. While this was occasionally helpful, there were certain areas and certain companions with whom these planning sessions were less than "effective." Most of the plans from these planning session came to nothing. Often our golden investigator we had planned on getting baptized the next week would fall through; it came to the point that we stopped even wanting to plan because the planned baptisms never happened. One plan, however, did not fall through (though I think I had less faith in it then some of my others). Somewhere amongst the many planning sessions, I came up with the idea that I would get married on October 24th. Why? Well 2 hours is a long time for a planning session if you don't have much to go off of, and of course, October is a beautiful month for Utah, and the 24th is such a nice sounding day. It was planned and set. The only thing missing, was the groom.

When I returned from Brazil, I told the plan to my family and friends and laughed with them at the odd idea (mind you I had never gone on more than 4 dates with the same guy). I do remember thinking as April came around that I had better start planning on October 24th of 2009 if not 2010. Little did I know that that Stephen Cranney from the C.S.Lewis society I had been eying (I'm not a very good flirt, and eying was all I was capable of) since January 31st would that June finally ask me out and two months later we'd be in love and engaged with the date set for October 24th. Little did I know a year later, I'd be checking his e-mail to see if he got my e-mail of how it's time to go home--and that home would be the same place. ohhwee. 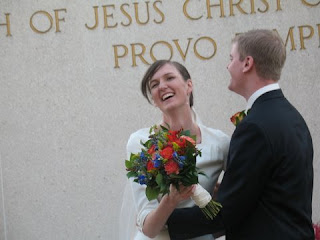 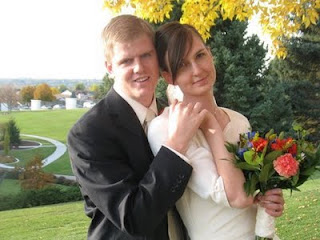 Posted by Rachel Leslie at 4:14 PM

That's a fun story! Happy Anniversary! (and here's to many many more happy October 24ths.)

Congratulations! Way to set a date. Just don't have your baby on the 24th.

Aaww. Sometimes those plans do work out. And leave it to you, Rachel, to actually plan your own wedding date while you're on a mission and don't have the guy yet. :)
I love it!

funny story and cute happy anniversary. how's the baby in your belly doing?

well done, you. i LOVE to hear people's stories!

Hey - congrats on your year mark!