The fear with private blogs is that no one ever reads them and the authors never post. Stephen and I will see what we can manage on our part. I've already decided my next post will be entitled: Comfortable in Chaos.

Wow, with a cliff hanger like that can you help but continue to read?
Posted by Rachel Leslie at 1:11 PM 4 comments:

*I went to the dentist and he said that I had no cavities and that there seems to be no infection underneath my dead tooth. As far as the metallic taste in my mouth, that could be a symptom of various things such as Kidney disease: 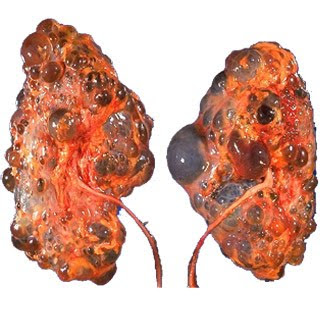 or changing my mouthwash: 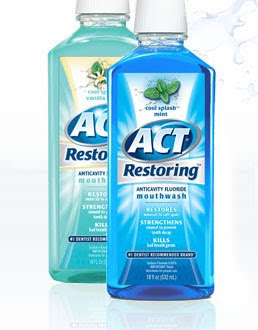 *I saw something red amidst green/yellow wilting leaves of my abandoned tomato plant.

*http://www.khanacademy.org Is kind of a neat way to re-learn everything I have forgotten or never learned.

*This is the coolest thing I've seen/read all day (other than Kumquat's I'm-too-cool-for-peas look).
greenland

*Stephen wants me to explain why we're going private. Its pretty much because we're not certain whether graduate schools google stalk or not. If they do, we're not certain whether it would hurt Stephen to have decided that there's something more to life than academics alone (I know what blasphemy) like his incredibly talented wife who can triple roll her tongue and his son who goes through diapers faster than Rachel goes through the sour patch candy Stephen bought for Halloween.
Posted by Rachel Leslie at 1:47 PM 7 comments:

Guess who defended her prospectus and can finally start working on her thesis!!!! yes, your Rachelish Rachel. I know, not that big of a deal for everyone else, but for me it is simply wonderful to start making progress again after being st for so long.

As far as confidential goes, we're going private soon while Stephen applies to graduate schools so that my sentences with four exclamation points don't ruin our future hope of Stephen's academic glory (remember swimsuit modeling was really just a fling). If you want to be in on the juicy details of our oh so exciting life you can either make a comment/send an e-mail saying you want to be on this exclusive list, or move to the neighboring apartment vacant in December.
Posted by Rachel Leslie at 5:17 PM 18 comments:

downside of not really living in a commune: your neighbor's great smelling dinner is not yours. I sure hope Stephen comes home with the groceries quick.
Posted by Rachel Leslie at 6:23 PM 5 comments:

Kumquat's a giving child, what can I say. He gives me puppy dog faces as he clings to my legs when I'm eating Little Cesar's pizza because I've haven't cooked dinner. He gives Stephen wide toothy smiles when he wants to play. He gives playful and not so playful bites to friends and foes. I guess we're just hoping that he doesn't give his current sick bug of vomiting to anyone soon (sorry Oma who came over this morning with no warning of his condition other than a runny nose and cousins who played all day with the fellow).
Posted by Rachel Leslie at 5:38 PM 1 comment: 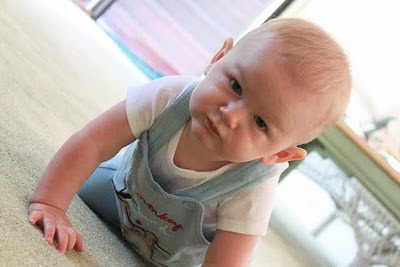 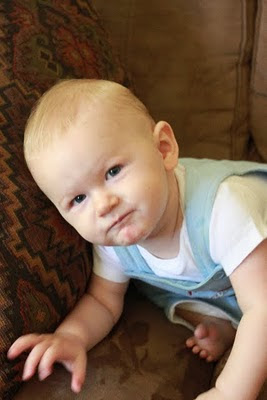 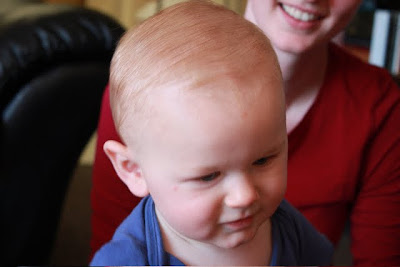 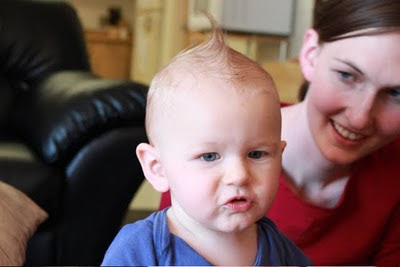 I know, our once spirited and delightful blog has dwindled in number of posts to almost nothing and resembles the other exceedingly lame blogs that are never updated. Perhaps if you know me well, you have already guessed the reason--my utter lack of reasons to procrastinate. Now that I'm out of classes and my prospectus is in the hands of my professors I need no distraction except of course from cleaning my house when Kumquat's asleep (like I'm doing now). Thus the scarcity in blog posts. However, as of September 23rd when my professor promised he'd get back to me with his comments, you may want to begin reading the blog again. Until then . . . .
lameness ugh.
Posted by Rachel Leslie at 11:57 AM 4 comments: