Sitting in a chair in the hallway of the hospital. I'm dilated to an eight, but there are no rooms available. The doctor says I'm the most comfortable laboring woman she has ever seen. I doubt I will remain so if this baby is born on the hard hospital floor.
Posted by Rachel Leslie at 12:03 PM 7 comments:

Sleeping again. You guys might get the idea that this boy sleeps. I love how blogs can lie. 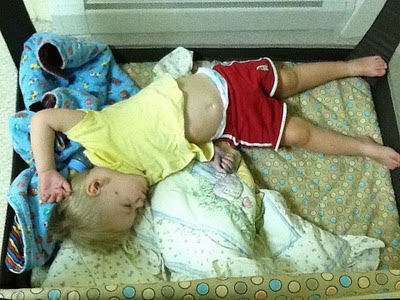 A chance to see my growing pregnant belly without even having to put up with the classic take-a-self-portrait-in-the-bathroom-mirror photo (plus see a very adorable little boy):

Oops, I accidentally posted before I was done and got distracted (thanks for the reminder Hosander)

Our apartment is on ground level and thus we get quite a bit of exposure to gas exhaust from cars (I can complain about them now that we don't have one) and cigarette smoke from people who upon noticing our open window (we don't have air conditioning) decide there's no place like our place to take a puff. I have since become rather keen on the idea of getting some indoor plants to get rid of the toxins that may be inside our home. Our apartment is actually great for plants as the long side of the apartment faces south and so all the windows let in plenty of light. Stephen, however, has a bone (or two) to pick with plants in general as time and money consuming, so I've tried to find some other compelling reasons to justify home plants.

The following are some interesting ones:

I thought this was a pretty good heads up of things to think about before getting some house plants:
http://en.wikipedia.org/wiki/Houseplants

If you have kiddos or pets remember that some houseplants are actually poisonous so pick wisely.
Posted by Rachel Leslie at 2:24 PM 2 comments: 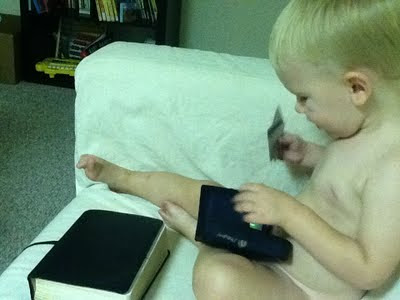 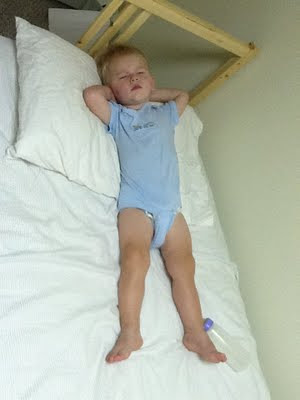 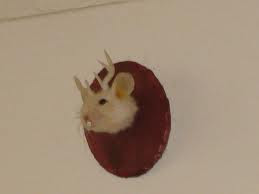 A couple of weeks before we moved out here, Stephen suggested we should start a blog about having a family in graduate school. As it is hard enough to get my own mother to read this blog, I thought the better of starting a whole new blog and have simply decided to incorporate our adventures into what seems to be a blog devoted to Kumquat pictures.

I kind of assumed at the time of Stephen's suggestion that our blog would be about Stephen having to go to Workaholics Anonymous so I had a chance to see him every now and then as he was pursuing his life's passion researching fertility intentions, while I wrote about my wicked cool tight rope walking skills gained from imitating the emerging adulthood crowd in the nearby park; it would have been a beautiful blog. Unfortunately, at least the last couple days instead of Stephen and I pursing our dreams we've been distracted by the disgusting discovery of mice in our apartment. Yes, I know by admitting this on my public blog that Mary will never be visiting our apartment ever, but who needs fickle family anyway, right?

Actually, it's all I can do to even be in my apartment myself and will be threatening the landlords with a broken lease if the exterminator doesn't appear in the next 24 hours. I broke down in tears twice in one day which I don't think has happened since I don't know when. (Granted I had hardly slept the night before for thoughts of creepy crawlings over me and my little ones the entire night before and would also like to pull the pregnancy card on this one) The good news is is that I doubt I'll go into pre-term labor if that didn't set it off. Also, we've discovered the joys of being clean freaks at last (we were being pretty darn clean before trying to avoid and then get rid of the roaches and ants, but this is a whole new level). Our once condescending ridicule (oh that Ruth, haha, isn't she so funny how she . . . .) of our numerous OCD siblings has turned to envying and an the sincerest form of flatter: imitation. My mother, who always felt like a failure for her belief that I never learned to be neat and tidy, would at last find a sense of accomplishment and glowing pride with me. Alas, one mouse still remains. Where did the other one go you ask? Meet Trapper Stepheneski: 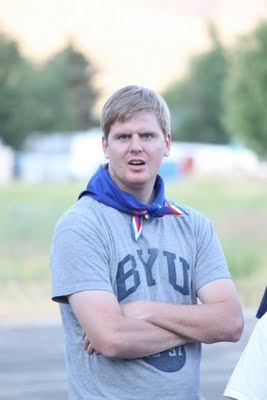 Yes, that's right my dear Stephen who has felt a sense of inadequacy since boyhood because he had never trapped/killed an animal in all his hunting and trapping escapades, has at last succeeded and would have loved it I let him stuff and mount the rodent's head on our wall. I wonder now what this once ambitious Stephen will do that he has reached such an accomplishment and has now transformed into Trapper Stepheneski. He might as well give up getting a PhD because let's face it, you can't beat trapping a mouse and very manfully taking care of everything so one's wife doesn't have to see. Who knows, perhaps he'll no longer feel the need to publish and will be content to sit with me on our front porch and just rock back and forth for hours. Well, I don't think we've quite come to that point yet. He's at new student orientation today, liking it, and I think he's still set on conquering the world. Perhaps we'll still be posting about Workaholics Anonymous and tight roping after all.

p.s. Stephen isn't a workaholic . . . yet. But if he became one and started attending Workaholics Anonymous, I don't think I would be able to tell you because it wouldn't be anonymous anymore. So when you don't see posts about Stephen being a workaholic, you really know what's up.
Posted by Rachel Leslie at 8:23 AM 2 comments: