Of feminists and fraternities

I’m not even on Facebook anymore, but it seems I’ve been inundated with articles, blog posts, and people talking about women and the priesthood, prayers, and pants.  In all of this I think there have been some good points, but I’ve failed to once see the most obvious: nowhere is it better to be a woman than the church.

I can find no secular or religious institution where women are more fulfilled or free to progress.  I am the beneficiary of a church (and culture) that encourages me to follow my desires to have kids despite being poor and young; to get an education and use it to serve humanity; that raises its men to revere womanhood, motherhood, the tender and divine.

Granted, the church culture hasn’t and isn’t perfect.  Even as I disagree with many of the claims from feminist organizations against the church, their role has been vital to helping the church clarify what is doctrine and what is culture; the result is that there’s no place I’d rather be.

I can’t help feeling the call to give women the priesthood is simply a desire to be taken more seriously.  In this, I think there is some legitimacy to their claims (not that getting the priesthood would change that).  Some may say that that is because women don't have the priesthood and in turn equate that with lack of authority, but I think it has more to with sacchrine talks or perhaps the budget for decorations at ward parties. But when otherwise thinking women leave the church over irrelevant church policy or historical minutia, that’s what we were left with so if you have a hard time with the lack of variety in women personalities in the church; blame the apostates for leaving.

It was interesting that the prayers and pants issue was being brought up right about the same time that Stephen and I happened to walk past a porch of a fraternity house at UPenn packed with 30 or so drunken men chanting loudly in unison about raping women as several coeds watched casually from the sides. Seeing that this is coming from an Ivy League institution that should be recruiting among the brightest and best, I can’t help but feel that true feminists would have bigger battles to fight right now than whether women are saying prayers twice a year or wearing pants.

Yes, that's a Costco size bag of baking soda.  What we lack in playhouses and toys, the kids make up for with kitchen cupboards and whatever other non-child friendly item they can manage to get a hold of.  We have since emptied all the bottom cupboards so they can use them as little houses, since as you can tell--nothing is safe. 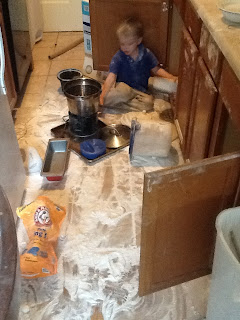 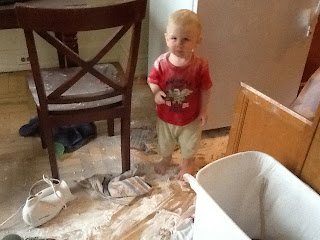 Yes, Simeon will transition easily to his teenage years: 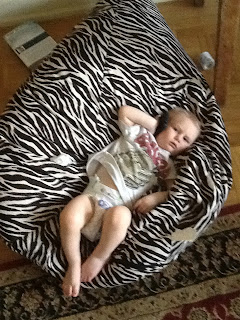 Yes, Simeon does smile and yes, Simeon gets his double chin from me. 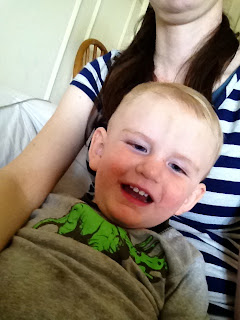 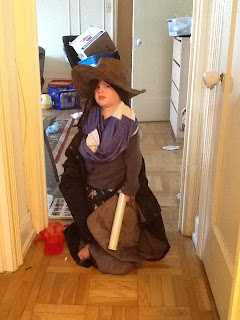 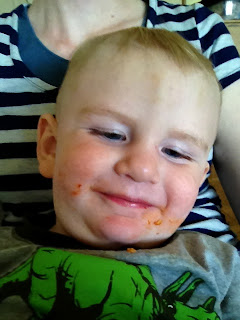 One of Christian's favorite activities is pretending to be a horse (or having me be the horse)-and he would do it all day if I did it with him.  I've thought a million times that if I join the workforce it's to save my knees--- I'm not sure how much more horse I can take.  Luckily it looks like Simeon might soon be able to take my place.

Alright, I should probably let you listen and see if you can recognize the song, but just in case this is one of those times when you need a mother's gift of interpretation, it's "Praise to the Man." One of Christian's favorite songs, he'll often use his whole body to dance up and down to it .  After Christian's been singing it at the top of his lungs for a while, I'll often hear Simeon humming something that sounds remotely similar, usually clearer than this, but this is what I happened to catch on video.
Posted by Rachel Leslie at 6:35 PM 1 comment:

Everyone seems to have their house of dreams.  Mine has a boys room that looks a little like this: 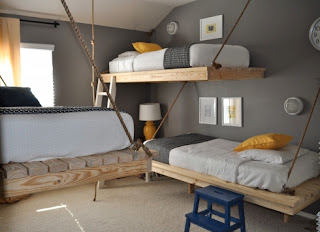 only far less pristine with wild (but tender) boys in each of the beds having late night pillow fights or daredevil surprise attacks from one bed to the other.

At the ultrasound today we found out that dream might not be too far off.  The only remaining question is when we can suspend our new little guy's crib from the ceiling so he can join in on the fun his brothers are already having.