from yellow to green again 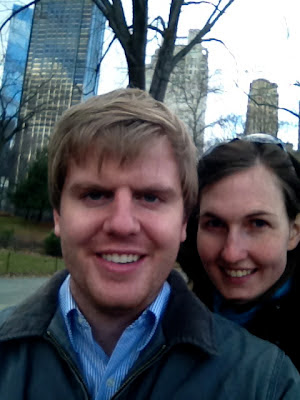 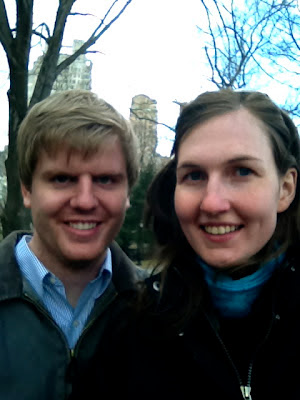 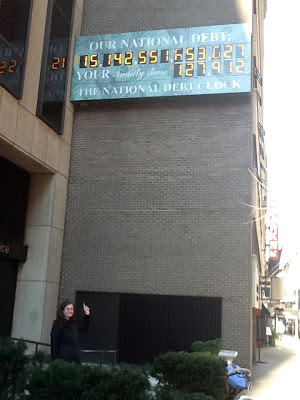 These two pictures are from a cafe I found while frantically looking for a bathroom to put my contacts in. I fell in love with the setup of the back room and took Stephen there later. I love the way they used books to set the tone of the cafe and the long tables making it more conducive for large group conversations--perfect for a home of discussions and debates one day: 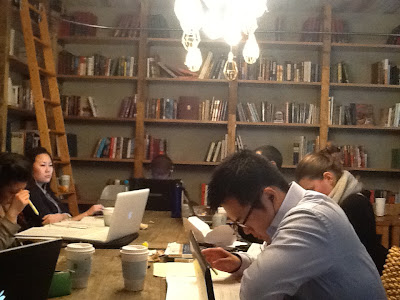 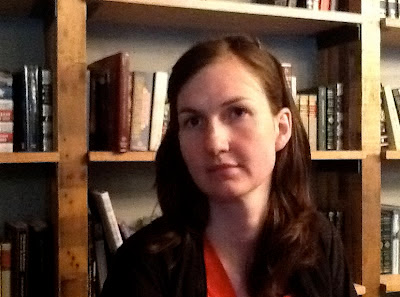 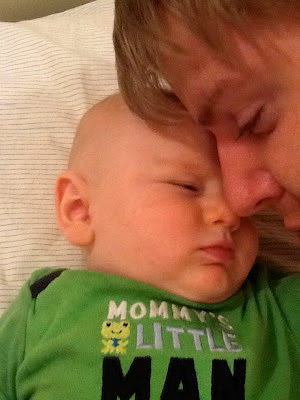 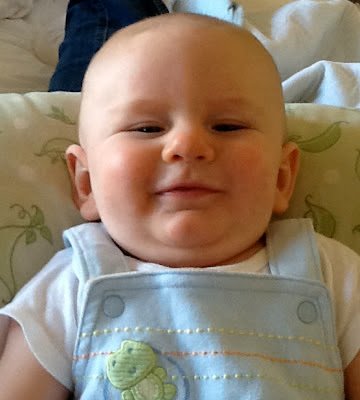 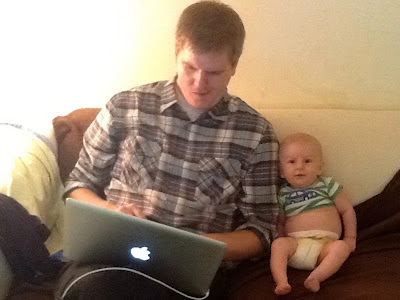 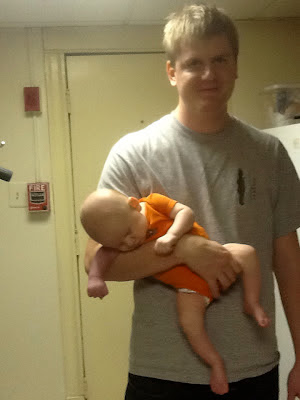 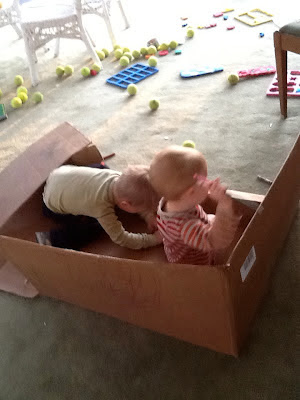 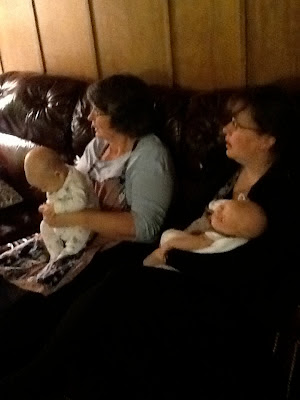 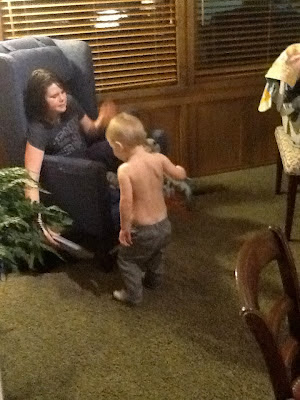 The Grandpa and his boy: 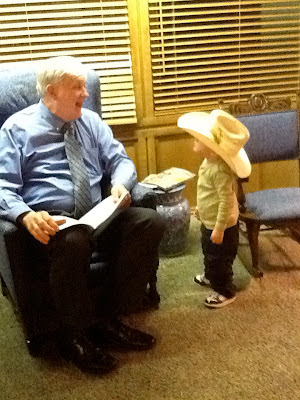 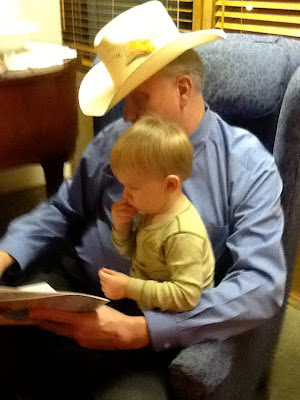 There are actually a lot more photos, but they are on other people's cameras so I'm limited to our random ones, but just in case you didn't get the point: We LOVED the family time. I especially enjoyed being with my Grandpa who had just undergone some surgery and was in a re-hab center recovering and of course my nieces and nephews who are growing up too fast.

Sorry for the mesh of what ought to be separate blog posts, we're catching up. Playing catch-up might just be the running motto for the past year. The other day Stephen and I were talking and we realized we had lived in six different apartments in the last year. Such nomadic living has quenched our need for spontaneity and left us eager for routine and structure. Did Rachel just say that? That said, we're grateful for the routine busters such as our recent surprise visit to Utah, and last minute getaway to New York.

With Utah we found a great airline deal of two tickets for one. I left Stephen to study the effects of children on adults' leisure time so that I could spend a week of pure leisure among family. Christian adored seeing all his grandparents, cousins, aunts, and uncles. A tinge of jealous crept in when I saw Christian's cousins enjoying extended family with so little monetary expense, but as Stephen put it I had finally reached the level of "full access to the fridge" a.k.a. all the special food when out-of-state-family comes to town. Christian's vocabulary jumped up a notch while there and it seems he has been mostly speaking in phrases if not sentences since then. We were sorry the trip was so short because it felt like we didn't even have enough time for family, much less friends, but perhaps in the future we can plan a longer trip and be sure every one is sick to death of us. The best part of the trip was that only my parents and Stephen's sister Becca knew we were coming, for everyone else we literally just showed up on their doorstep.

The unexpected ease of the Utah trip gave me a new found courage to travel with kids, thus when Stephen told me about the all expenses paid for conference in NYC this last weekend (all expenses for him--we had to pay our own way), the kids and I had to tag along. (Did you know you can get bus tickets form Philly to New York for $1?) We took the greyhound bus and were surprised at how much easier it was to travel in a bus than either a plane or car with kids: no seat belts, no quick change of altitude, plenty of windows, no worrying about getting lost or tolls, ability for both parents to read or play with kids. I have a feeling bus rides may become our new transportation of choice.

When we arrived in NYC we quickly realized when we reached or hotel why it had been so cheap: one full size bed with about a foot on either side and a shared restroom with the entire floor. The first day was a little rough with cold wet weather forcing me to enter malls and shops just to keep the kids somewhat warm, but the second day we planned better and found less soul quenching alternatives for our time there such as Central Park, the Natural History Museum, and Christian's absolute favorite activity of the entire trip: watching the horses hooked up to the carriages stand for hours at a time. I know, I know--thrilling.
Posted by Rachel Leslie at 7:52 AM 7 comments: