Stephen's sleeping in the airport overnight, well sleeping might be a little too wishful of a verb. Yes, we're too cheap to have him sleep in a hotel and too shy to take a family friend's offer to have him stay at her house. [If anyone reading this happens to be the serial killer type and decide to make a call to our apartment in between when his flight leaves and when he is home I just want to make it clear that I will have severed your limbs before you have time to tell me you accidentally went to the wrong apartment.]

Anyway, this trip has been incredibly insightful for me to realize how I miss Stephen's g-chat signal being green and that it might be a good idea to get a cell phone that can actually rings when you call it, doesn't have a four second delay when you talk, and doesn't require wifi. I know, I'm so demanding wanting communication in a marriage.

To pass the time, I thought I'd put a few videos up. The first is a youtube video that compels me to believe in humanity, at least our ability to come together to be seen on the Internet, as well as reach down into that traveling bug inside of me that I thought was dead and give it a chance to dance too. I'm not sure the video will do either for you, but it does provide great cleaning music. Pardon the title.

The second is an older country song my sisters use to sing (I think I had the words memorized before I heard the original). I'm including this version because there's an extra verse I had never heard before and I probably looked as sad as the woman playing the guitar when I hadn't been able to talk with Stephen for two and a half days. Luckily he has since called and I look more like the maniacs in the above movie. (For the record, I'm not this needy and Stephen is not abusive and called me when he could. I just like pretending he's neglectful so that I can relate to sad 80's country music now and then.)

My sister once said that one of the best things about being married is that you always have someone to brag for you. Well, now that matrimony has given me bragging rites I think I'll use them.

After hours of waiting, working, and changing direction and focus we finally have some news worth sharing: Stephen's in!

London School of Economics (One year masters in Social Science research that would require some debt, but is still oh so tempting as it is one of the most competitive schools in Europe and let's face it, it'd be London)

He's also a finalist at Duke for their Soc PhD and is interviewing there at this very moment. We're hoping that he can exude that scholar nimbus he seems to carry with him always, and they'll admit him too.

Get to the why


Definitely worth the watch.

Thanks for passing it on Charles!
Posted by Rachel Leslie at 10:26 PM 3 comments: 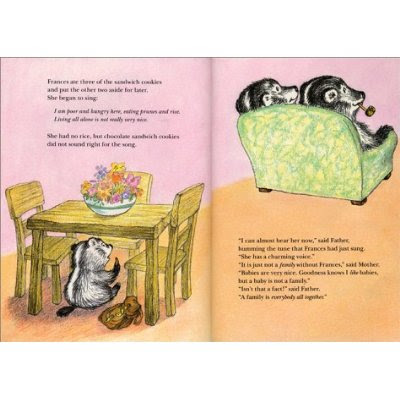 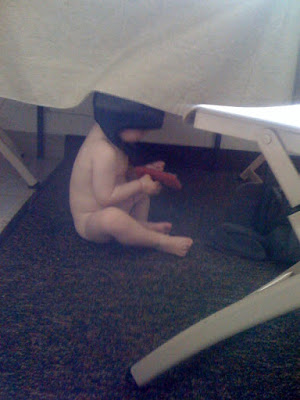 Okay, this one doesn't have any awesome awkward photos from either mine or Stephen's past, but this photo reminded me of one of my favorite children's books "A baby sister for Frances." "Adorable" keeps coming to my mind.
Posted by Rachel Leslie at 12:48 PM 3 comments: