Christian is four and other worries

If you're attempting to steal his identity, I say his birthday is today, but for everyone else Christian's birthday was Monday.  This kid is something else--all imagination, passion, justice, boy, serious, silly, thoughtful and tender.
. 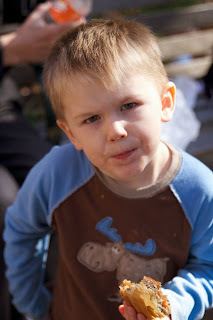 I can't believe Christian is four.  I can still remember getting Bobo the bear on my 4th birthday from my Aunt Rebecca and to think my son could be having life long memories from what we do now is kind of a daunting thought.  From now on I have the feeling we need to start being real parents when it comes to holidays and birthdays.  Well despite not giving him any presents (I know terrible, right?), we did take him to the Please Touch Museum which we had won a pass to from our library.  We then came home and had his choice of birthday cake with our upstairs friends. My sister last year told us she was going to give gifts that allowed experiences instead of things.  As I try to find space in the closet for my kids' toys I start to think she might be on to something---but then I remember Bobo.

Here is Simeon with the baby doll he got attached to at the museum (the doll is suppose to be in a hospital gown) when we finally got him to nap at the museum: 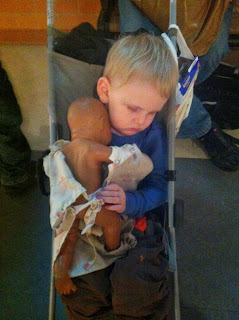 and here are a bunch of other random photos needing to be posted: 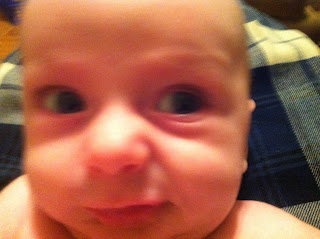 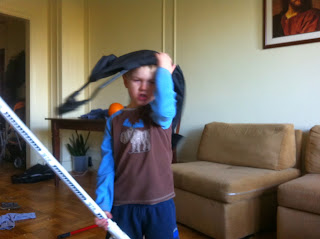 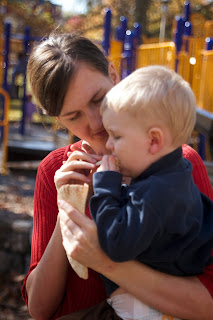 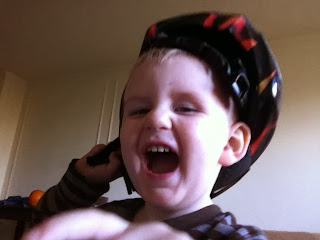 Stephen is down in Atlanta presenting at a conference.  I normally don't post these type of things on the internet, but seeing that if anyone wanted to steal my children they would have to get through three different security doors---I think we're safe. (Plus with how loud and hyper my kids are these days, I think we could have signs up that they were for free and they still would be safe--ha!).  Last night I had to walk home from the church after 9:30, seeing that my kids were looking like they'd fetch a high price on the black market all bundled up and cute (and tired),  I decided to ask for the UPenn walking escort.  I've never asked before, but it was kind of nice to not have to worry about some of the more quiet streets.  Once home and in my apartment though, I realized that I wasn't scared like I use to be by myself when Stephen was gone or serial killers or the like.  No my main fear, completely justified, was how early my boys were going to wake up the following day. 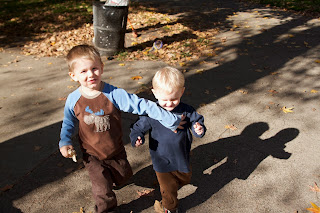 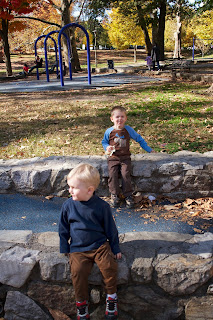 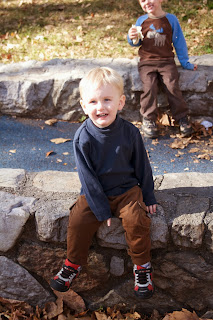 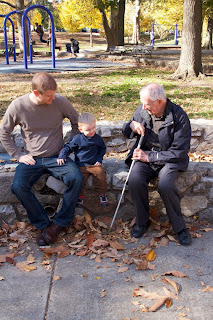 I'm attempting to potty train Simeon while Stephen is gone.  So far, so good. I might be bribing him with watching Piano Guys when he goes--I know, I know, what am I thinking?  But I'm totally taking advantage of Simeon's piano/cello obsession.   His favorite is

It has a cello and a train, what could be better than that? 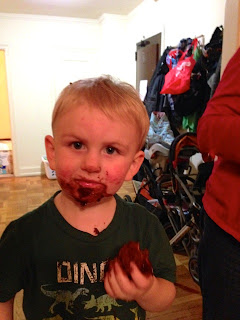 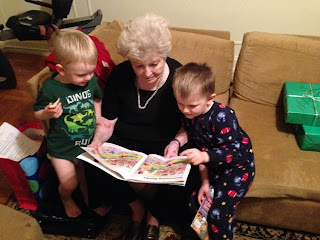 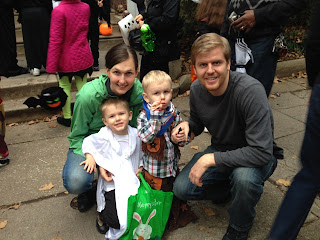 When Stephen and I were first married, his parents were serving a mission in Russia and his grandparents would have us and his other siblings up for dinner at their home in  Bountiful every month. Those were the  dinners where it was hard to know if the company or the food was better.  We loved those trips and having them here and our kids falling in love with them just reminded of the magical spell they cast on anyone they come in contact with.  Andria and Charles (Oma and Opa) have that same magic and every time I saw the kids laugh or snuggle up with them, my heart ached that we live so darn far away.

Well the kids are growing and Christian had his first primary program today.  I might or might not have bribed him with a story of a solider on the way home from church if he sat with his class, said his part pleasantly, and didn't chase a certain eight year old Damon around the church.   He did pretty well, especially considering his neighboring Sunbeam was doing multiple pirouettes.

Simeon is a hoot these days.  He has started giving us the most mischievous look when he has a tight lipped smile and looks in the corner of his eyes.  He's catching up on his speech and much to my chagrin using phrases like "Be nice!" "Gentle!"  Obviously he's heard tehse lines a little too often. He is a typical two year old, but he is getting happier as he ages.

Joshua is growing like a weed on me.  I'm not sure if he smiles more than most kids, but he sure seems full of smiles to me.

Stephen came and returned from a conference early this week.  Apparently sick as sick in a cold hostel with five other guys isn't what he considers a dream come true--thankfully a crazy house with a wife juggling three wild boys is.

As for myself, I'm doing well.  Sometimes I feel overwhelmed with the basics of keeping three kiddos alive---much less moral and upright individuals. The hardest part is the thought that if I feel overwhelmed now with just three, that I'm just not cut out to handle the kind of big family I have always idealized and adored. I guess I'm getting to the point (perhaps a little earlier than more capable women) of needing God a little more than I'm comfortable with.  As hard as it sometimes is, I don't know that life has ever been so sweet.

I like to believe that I'm not  fickle, shallow, or supportive of consumer culture where I can help it, but when it comes to matching my three little boys---I fail. 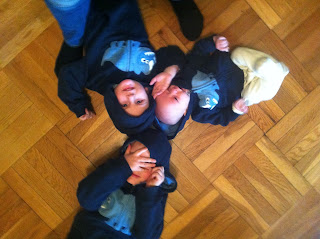 Stephen's Dad came into town on Halloween and got some good pictures of the boys I'll have to put up later, but I thought I'd put these pre-Halloween pictures up in the meantime. 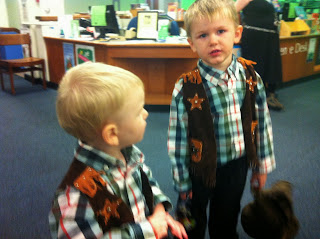 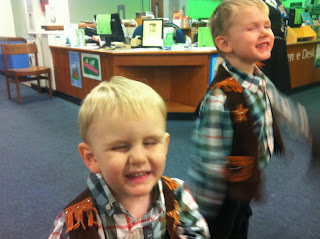