Stephen's brother Carl and his wife Susan travelled up to see us from Maryland. Carl is a lot better about capturing memories than we are and put together a Thanksgiving collection which we love. Enjoy!
Posted by Rachel Leslie at 3:15 PM 3 comments: 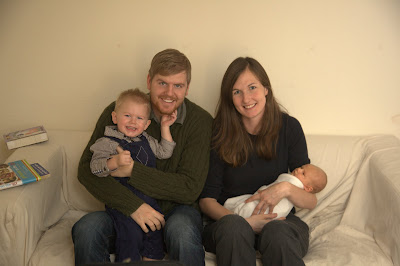 Imagine that I took the time to edit this picture, probably not too hard, but since Stephen is already back from taking out the garbage, just imagine no books or messy couch cover and while you're at it imagine a Christmas tree and angels singing etc. because this was suppose to be our Christmas card. ooops. I guess I won't be an adult and send out Christmas cards this year either. sigh. 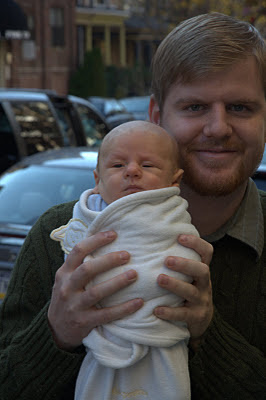 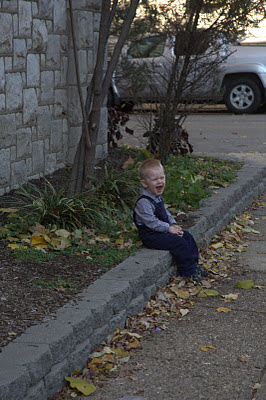 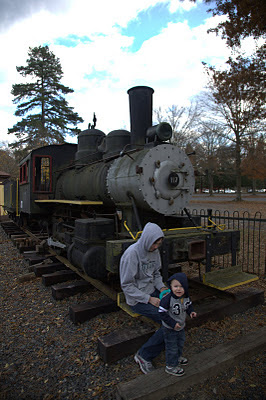 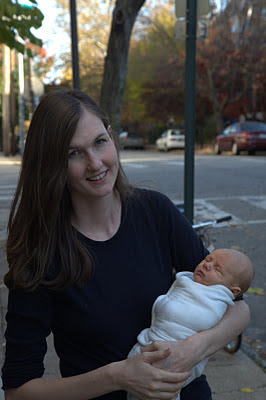 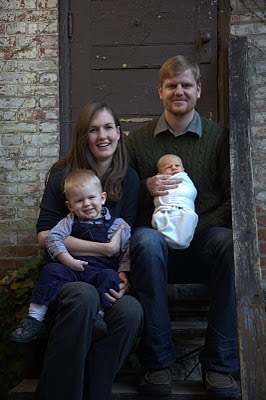 Who's free-riding off of who?

I've been having a blast in my demography program, and occasionally I run across some information that I think those who read this blog might appreciate. (This is Stephen by the way.)

Interesting point of the day.

Those of us who have children and use government services such as WIC often hear a common complaint that we are leeches on society. Also, we know some (more polite) people have less children than they would normally specifically because they feel a sense of obligation in being able to provide for their own without government assistance. (A noble ideal in principle).

However, this argument has never held much water for me, as I've always argued that it is those who do not have children that are free-riding on those that do, since those that do are expending money to raise the next generation of taxpayers that will pay into the social security system that will support them in their old-age. Anyway, today in my readings for class I ran into somebody that has actually quantified this:

"This is certainly true of childbearing, where children impose costs for health care and education on society, but also provide benefits as taxpayers who help support the elderly and spread the costs of public goods (Lee, 1990; Lee and Miller, 1990). Population aging raises these externalities by increasing the need for taxes to help support the elderly. In earlier work, Lee and Miller (1997) evaluated these externalities as shown in Table 2. They calculated that a child born to parents who have a high school education had a net fiscal present value of $171,000 in 1996... This large positive fiscal externality reflects in large part the fact that the family does not benefit directly from old-age support when it has a child, although society does. It is possible, although perhaps not likely, that this externality is partly responsible for the low fertility observed throughout industrialized nations today."

In the table below this statement, the author breaks it down further according to education. For parents who have more than a high school degree, the financial worth of the child to the system is approximately $245,000 (that's after deducting education and other standard public expenses). There's more discussion that follows, but the point is that unless Christian ends up consuming more than $245,000 worth of WIC milk and cheese, his existence contributes more to the public balance sheet than it takes away. Moochers.

P.S. Immigrants have a similar effect ($80,000 worth), something else to consider when they are maligned for "soaking the system."
Posted by Rachel Leslie at 10:07 PM 4 comments: