I just realized that I should probably update the blog since my last post announcing a pregnancy.  It turns out I miscarried last week on Thanksgiving at 10 weeks.  It is a disappointment, but we're good.  I know the way I react to this kind of stuff since I've had scares with all of my kids and had a miscarriage six months ago and wouldn't post news on the internet if I felt awkward talking about it.  (I'm actually morally opposed to the tradition of waiting till everything is "safe" to tell people when one is pregnant for several reasons, but that's a whole other topic for another day).

It might make some readers (if I still have any of this neglected blog) uncomfortable to read, but my last miscarriage is a treasured experience.  I ended up hemorrhaging during what was suppose to be pie time at Thanksgiving dinner at my sister's house.  It was kind of scary and I was so grateful for Mary taking me to the ER and staying with me so that Stephen could take the boys home and put them to bed (also for Jared who so willing sent Mary off even if that meant putting their still nursing baby to bed without her mother).  Maybe it's because I had just read this article, or because I was with my powerhouse sister, or the spirit of Thanksgiving, or perhaps because I realized that exactly 31 years before I was in the hospital, my mother was in labor with me but something made my heart reach out to the women before me.  For the women who have made my existence possible facing pain and danger that is almost non-existent in our medically advanced society.  I'm so humbled to be apart of the noble sisterhood of womanhood.

Also on updates, I have a child who is six!!!  Christian was thrown two parties one a surprise Harry Potter one by the Colletts and another Star Wars  by his Oma who was visiting  not far away the same week.  We also had a visit from my parents the week before which was delightful and gave us a chance to relax. I am so proud of Christian, he is a loyal friend, honest and upright--and yet has compassion.  I've loved teaching him to read and watching him imagine and explore as we've done homeschool.  I've love seeing him bond with his brothers.


Thanksgiving with the Colletts (aka gourmet chefs!) 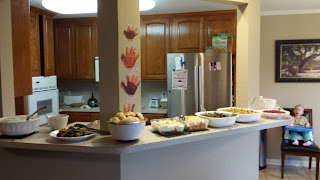 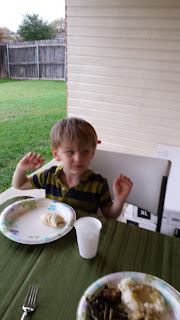 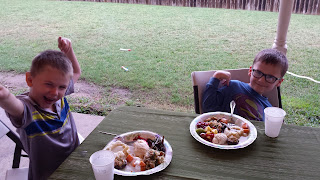 The hospital kindly gave me some disposable pants: 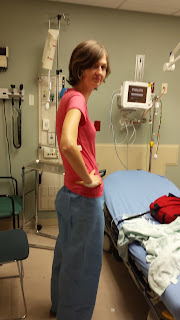 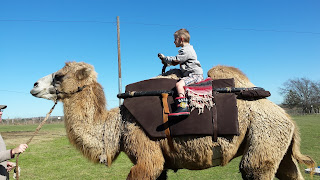 Too sick and ill prepared with Stephen at a conference to do a homemade special birthday breakfast: 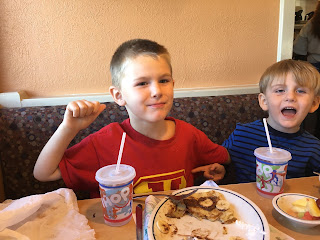 The big sister taking care of the little sister 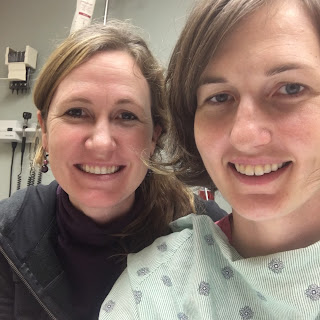 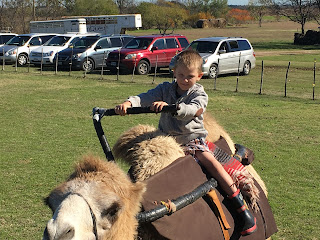 The kids couldn't get enough of the wide open spaces---I'm starting to feel desperate to get settled though that may be years away. 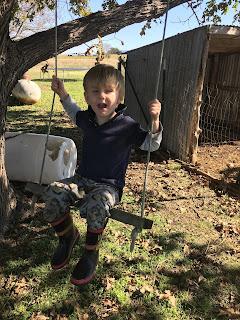 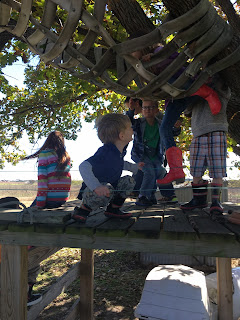 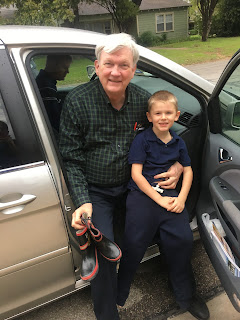 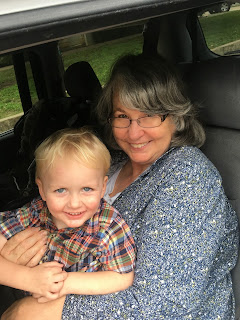 Some pictures taken by my amazingly talented sister-in-law Becca of New Brunsfels and an Oma visit: 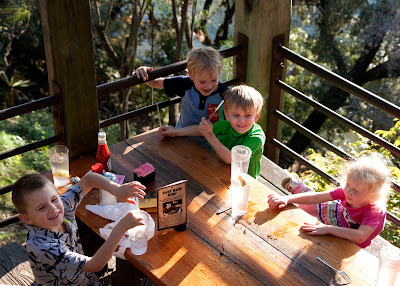 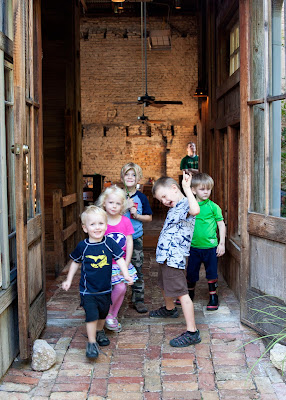 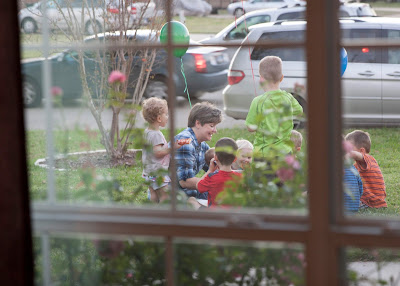 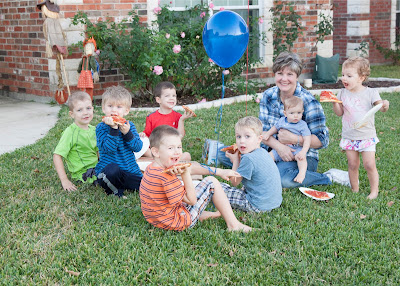