My wonderful sister-in-law Becca is a saint to bring her camera to every family gathering.  Despite us looking like ragamuffins near the entire visit, she happened to catch some great shots of my wild ones: 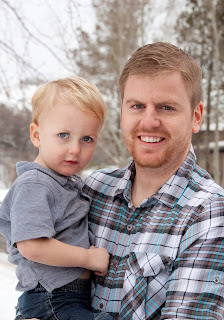 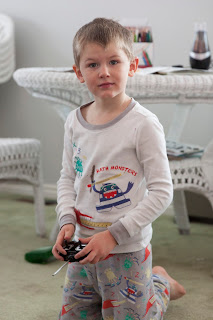 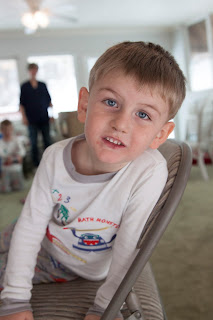 Caleb won these boys over quick as quick: 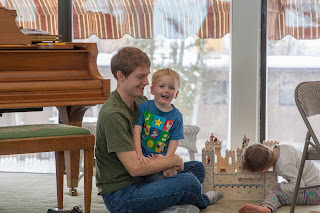 Aunt Katja was amazing with these boys.  Not many aunts know how to play and delight like she does: 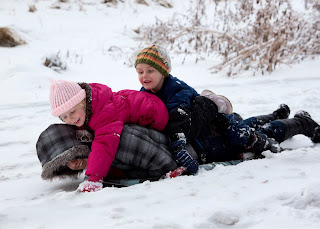 This is my favorite picture of the year: 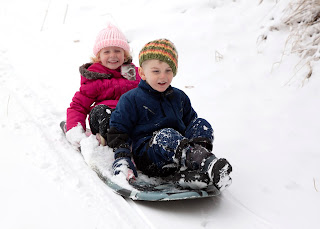 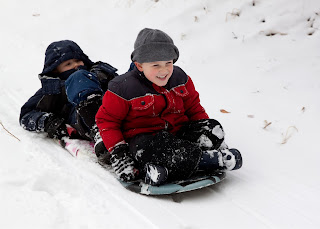 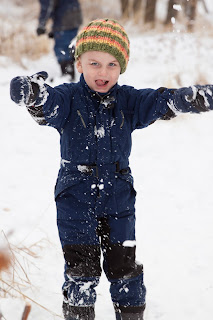 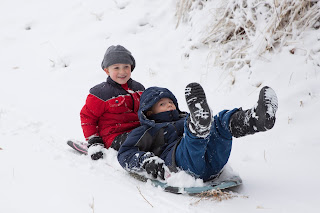 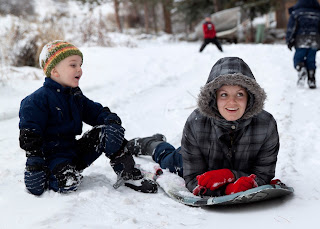 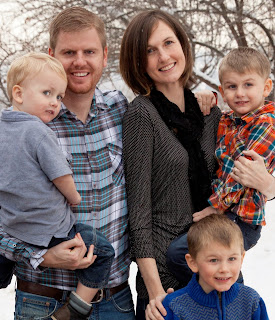 Which one would you choose?  Above or below? 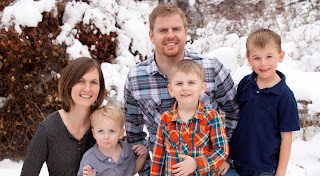 I know, I know, I totally picked the best picture of me to be our family Christmas e-mail/blog this year, but what can I say?  The rest of the family is good looking enough they don't need to be so favored.

Merry Christmas from the Cranneys!

It's getting late enough, I should probably just save these pictures for next year's Christmas e-mail, but I might as well get as many updates out before the kiddos (or Stephen) no longer humor me in photo shoots, though admittedly the dead of winter with no coats on was their idea.

We started out 2015 in West Philly attempting to survive a bitter cold winter. We took advantage of cheap plane tickets to Texas to visit three siblings and their families.  As we wandered Baylor campus while visiting my sister, we had no idea we would be back in a few months to make it home for two years.  In April just as we were preparing to spend another year in Philadelphia, Stephen was asked to apply for a a post-doc at the Institute of the Study of Religion at Baylor.   Upon acceptance we finally visited  Philly historical sites and made a dash down to DC hoping the kids were old enough to remember the sites since we guessed it would be a while before we returned.  Stephen graduated with his PhD from UPenn  in Demography and Sociology in May.  We said good-bye to our home of four years and sweet friends and drove our kids and whatever we could cram in the back of our newly acquired van, deep into the heart of Texas.

Disappointed that we couldn't find a half day Kindergarten, or a class that had more than 15 minutes of recess, we decided to homeschool Christian (6) for a year.  While I'm prone to second guess every decision, I'm glad for this extra year to blur the lines between learning and home. Our field trips have included kayaking, rock climbing, a humanitarian farm, camel riding, and even a Mommy-Christian visit to Arizona.   Christian is eager to study the US intervention in the Opium Wars, but  a little less inclined to draw his "s" the right direction.

Simeon (4) can draw and play for hours by himself and other times requires a good 30 minutes of snuggling/smothering. He has enjoyed his coming of age to have his own homeschool time and watches with interest Christian's lessons in math--though he'd prefer I put on Netflix.His prayers occasionally include an asking to do whatever he wants and to eat unhealthy food. He loves Star Wars, Pizza, the color red,  and attempting to sneak out our apartment so he can run laps around our apartment complex.  He thrives off of positive one on one attention which is a little hard to give in our chaotic home, but remains our tenderhearted boy all the same---scowls notwithstanding.

Talking has made Joshua's (2) begging with his puppy-dog eyes all the more irresistible and as the youngest he is perhaps babied more than he should be. He's growing tall and is eager to take his place with his brothers in all sorts of shenanigans.  Kites, as seen below, are of utmost interest and our Sunday worship usually includes drawing countless to keep him halfway quiet and entertained
.

Stephen is loving the freedom of his post-doc to research all his scattered interests.  Publishing papers on various topics in different fields, he's dreading having to reign in his academic ADHD and focus as he approaches the job market this coming fall. He's been taking advantage of Baylor's rock climbing wall, mountain biking paths, and even got his sailing certificate. I've enjoyed being home with the boys and watching the boys come into their own and have my own firsts in mountain biking, snowshoeing, and kayaking.  The Texas weather agrees with my reptilian-like love of warmth, but the call of family festivities called us to a temporary visit to the cold for a wonderful Christmas.

We hope you all had a wonderful Christmas and have a delightful 2016.

All our love and best wishes!