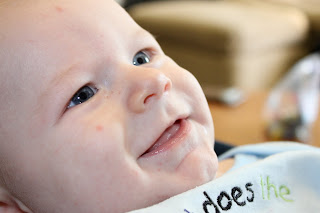 I (this is Stephen), have recently run across two different articles about some remarkable women. One from the New York Times recounts the story of a Hasidic Jewish woman who survived a concentration camp (that took the lives of two of her children), moved to America, gave birth to 16 more children, and recently died with over 2,000 living decendents.

Another article I ran across recounted the story of another Hasidic Jewish woman--this one in Israel--who died at the age of 99 with over 1,400 descendents.

I've always wanted a large family; my dream has been to end my life like these women. If you think about it, anything else that we might strive for in life: money, publications, marathon completions, international travel, etc. seems so transitory when compared to a child. I recently helped a professor I work for clean out his office, and while this man had done a lot to be proud of, and was well-established in his field, it was sobering to see so much of somebody's life work on a dusty shelf. In political science, books have a shelf life of about 3-7 years before being replaced by the newest publications. In a world like that, how can somebody achieve immortality? Within 50 years, most people will have been forgotten for several academic generations and their books will be out of print for decades. (By the way, though I was rejected from all my PhD programs I'm still planning on applying next year, mortal though it is).

I assume that there's a similar dynamic with whatever else we could do. It's like the old high school sports achievements. Who cares anymore? It's sobering to think that so much of what we do can be reduced to that question 50 years down the road.

I think that's why the lives of these women appeal to me. Like the woman in the NY times article says, "If you leave a child or grandchild, you live forever." The thought of affecting so many lives for the good and having so many people around all the time (or as Rachel puts it, the more the merrier) just seems so much more fulfilling than anything else I can think of. It's a matter of what economists call "opportunity cost." I can't think of anything else that would be even close to being worth the tradeoff, including a shining career.

Of course, circumstances are different for everybody. Obviously, not everybody has the physical or emotional capacity to have 2,000 descendents (right now I'm getting stretched dealing with one descendent), but I think society, especially LDS society, should find the same love of people and family that these two Hasidic Jewish families seem to have. Outside the immediate issue of raw children number, which we can't always control, there are children all over suffering, whether they are in Kazhak orphanages and sit in the same bed all day, wasting away from lack of human touch and interaction, or whether they are being emotionally destroyed by abusive parents in western Provo (don't think that they're not there); the permanent, non-transitory good that we can do in this world is literally endless, making it all the more tragic when we direct ourselves towards the more transitory forms of fulfillment.

Of course, I think that, but then I find myself hungry on campus and see that my favorite subway sandwich is only 5$.
Posted by Stephen at 10:11 PM 6 comments:

I've considered going to those off campus housing roommate conflict resolution classes because it is really out of control:

-refuses to talk to me about problems without his raising voice
-leaves his socks all over the place
-never transfers his wash
-if he stays awake in Sacrament meeting, he falls asleep in Sunday school
-hasn't done the dishes since who knows when
-gaining weight and doesn't care
-stays up late and sleeps in like there's no tomorrow
-insists on always using the elevator over the stairs
-sometimes I find him crying over nothing
-thinks my side of the bed is more comfortable

-he stole my Stephen's heart! 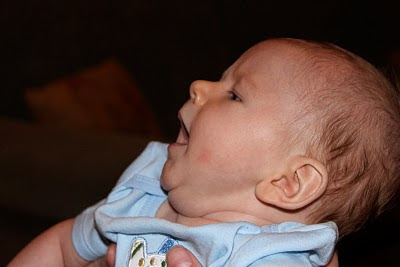